Plant genomics is an increasingly important area of science that has expanded in recent years due to the development of advanced technologies and methods, and it has been playing an important role in plant biodiversity research. However, understanding plant evolution and diversity in a phylogenomic context is an enormous challenge, due to limited availability of genome-scale data across phylodiverse species. To fulfill this gap, 10KP (10,000 Plants Genome Sequencing Project), which is also a key part of the Earth BioGenome Project (EBP), was launched in 2017 to sequence and characterize representative genomes from every major clade of embryophytes, green algae, and protists (excluding fungi). So far, we have successfully sequenced and assembled 300+ species of algae, non-flowering plants (mosses, liverworts, hornworts, ferns, gymnosperm), flowering plants (magnoliids, basal angiosperms, monocots/grasses, asterids, and rosids), and more than 150 species are currently being sequences/assembled. 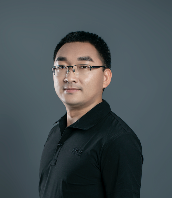 
If you have any questions, you can send an email to:
MGI_service@mgi-tech.com
Quick Contact
Contact Us
x