As today's most common gene-editing system, CRISPR-Cas9 has great potential for applications in the treatment of cancer and genetic disease treatment, as well as animal and plant gene research. Although the specific cleavage of DNA has the unique advantage of being highly efficient for high-targeted modification, multi-target editing, and editing of RNA, CRISPR/Cas has obvious disadvantages: if there is no PAM (Protospacer Adjacent Motif) near the target gene, editing cannot be achieved, and there is also the problem of off-target effects.

One of the keys to the off-target effects of CRISPR/Cas lies in the design of the gRNA. If there is too much non-specific binding between the gRNA and non-target regions, it will lead to higher off-target efficiency. Therefore, the design and remodeling of gRNAs can help increase the capabilities of CRISPR tools in terms of simplicity, multiplexing, and specificity. To optimize the Cas12f1 gRNA, the research team identified five potential modification sites (MSs) in the tracrRNA and crRNA sequences for remodeling using their background knowledge of gRNA modification, and finally obtained a powerful and very compact CRISPR- Cas12f1 system. The data shows that the engineered gRNAs can significantly increase the indel frequency of most target gene loci, and the average efficiency of the induction by one gRNA was even increased by 867-fold.

The research team performed off-target detection based on Digenome-seq to further determine the specificity of CRISPR-Cas12f1 and performed deep whole-genome sequencing on purified genomic DNA using DNBSEQ-T7*. Scoring DNA cleavage at every nucleotide position across the genome and identifying potential off-target sites. The results showed that not only were fewer off-target sites identified for the Cas12f1 system, but the off-target/on-target ratio was also lower. 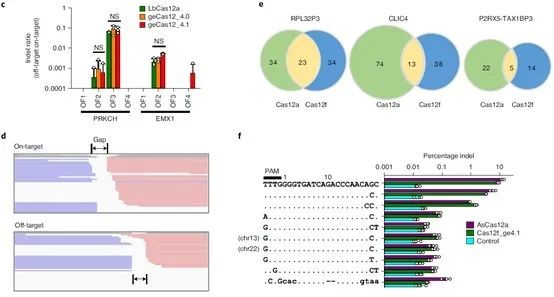 The potential of CRISPR-Cas12f1 for gene therapy applications

The researchers explored the therapeutic efficacy of AAV and CRISPR-Cas12f1 and found a pair of potent sgRNAs when testing on both sides of the c.2991+1655A>G mutation site. An AAV vector carrying the Cas12f1 system was constructed using these sgRNAs and the efficiency of Cas12f1-induced deletion in HEK293T cells was evaluated and compared. It was found that the deletion level induced by the Cas12f system was higher and the deletion rate of the Cas12f1 gene was about 46% higher than that of the control group. This suggested that Cas12f1 may provide a versatile and efficient genome editing system for gene therapy.

In this latest study, MGI's DNBSEQ-T7* has successfully completed the task of sequencing the whole genome. The researchers reached a key conclusion based on the sequencing data: the CRISPR-Cas12f1 system has lower off-target effects, indicating that the DNBSEQ-T7 sequencer* performs consistently and can produce high-quality, whole-genome sequencing data.

In addition to DNBSEQ-T7*, other sequencing platforms made by MGI have also had important applications in the development of CRISPR gene editing. In 2020, a team at the Neuroscience Research Institute, Peking University published an article in Science Advances, using the DNBSEQ-G50* to deep sequence a library of gene editing targets and potential off-target sites, in order to verify the specificity of the newly developed gene-editing system. 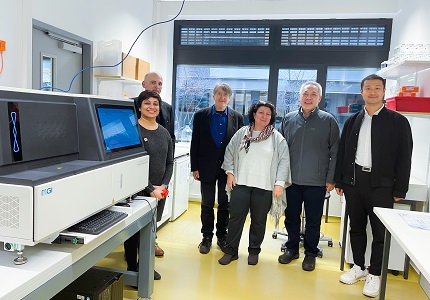 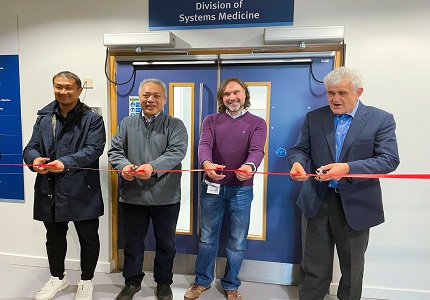