Interview with Liu Xin: Challenges and Opportunities in the Gene Sequencing Industry (Part 1)

From 2005, he began to learn classic experiments in plant research and genetics at the School of Life Sciences of Peking University. Today, he has led a team of more than 100 people to participate in world-class projects such as the "Earth Biological Genome Project" and "Thousand Plant Genome Projects" Liu Xin has quickly grown from a young boy to a leader in the field of genomics and has held positions such as executive vice president of Shenzhen BGI Research.

Looking back on the past ten years, Liu Xin said that this also reflects to a certain extent that the development of life sciences and the biological industry is not enough, and the opportunities are not enough. Therefore, the life sciences and life industry need further development, especially new ones. Technology-driven biological industry. Only in this way can we better integrate scientific research and technology like the computer field.

Traditional life science research, especially basic research, can solve key scientific problems, but it is often far away from industrial applications and transformations. How to combine the forefront of science with the integration of society and the public? It has always been the biggest challenge we face.

Today, the emergence of new biotechnology represented by genome sequencing is accelerating the application and transformation of cutting-edge scientific research. For example, the analysis of life phenomena from the perspective of big data through gene sequencing, and the application of transformation through technologies such as gene editing have greatly improved. Just as the development of the mobile Internet has promoted the popularity of the Internet, cutting-edge life sciences are being driven by this new biotechnology to become more industrialized and popular. It can be expected that the life sciences and the outbreak is coming.

Therefore, Liu Xin said that he is honored to stay in this field and insist on doing some core research. "Because I think large-scale genetic research, or big data-based bioinformatics research is an important direction, I firmly believe it will Promote the development of the biological industry. "

In recent years, the rapid development of genomic sequencing technology or the overall technology of genomics has promoted the formation of new research ideas.

"Research ideas for life sciences are changing with the development of genetic technology, and new research ideas with genetic data analysis as the core are increasingly being adopted."

With the development of gene sequencing technology, especially the reduction of sequencing costs and the difficulty of sequencing experiments, various life science research fields have begun to use more genetic data as the basis.

"From the time I started doing genomic research to the present, one of the core issues I discovered is that our data is constantly increasing, and we need to use more effective methods to analyze it. From this vantage point, it seems that life science is moving towards big data science. The direction is constantly evolving. "

As a research method, genomics should be applied to all aspects. Whether it is neuroscience or brain science research, or laboratory research such as plant hormones has not been decided. In fact, it can be closely combined with genomics and use its output to complement our research.

Past and present of animal and plant genome research

Regarding the research of plant and animal genomes, Liu Xin said frankly, "In the beginning, simply assembling the genome of a species was an important scientific research progress. Therefore, many previous researches on plant and animal genomes were simply provided for subsequent research. Data. Such a "hot" field has become less "hot" with the continuous development of technology. Therefore, it is more important to use genome data and information to solve life science problems and let us increase our knowledge of life.

What important scientific problems can the genomic data of plants and animals solve?

"Generally, there are two aspects. First, the genome can help us understand and understand the evolutionary process of species, both at the species level and at the population level. Second, the genomic data can help us to speculate on the genomes of species adaptability and species-specific traits the foundation, combined with experimental verification, can truly solve important scientific problems. "At the same time, the resolution of these scientific problems will also correspond to new industrial applications, which also reflects the promotion of genomic data on industrial applications.

Liu Xin said that the data scale of the animal and plant species research he started was relatively small. In recent years, with the development of industry technology, the industry's data production and cost requirements have also continuously increased. How should the large-scale data be used is a major challenge we need to face during the rapid development of the industry.

This will undoubtedly increase the difficulty for scientific researchers in various stages from sample acquisition to sample preparation to data analysis.

For example, multi-omics research from a genome to a population to a single cell, as the scale expands, large-scale sampling and preparation will become more difficult. Especially some species in nature have not yet received attention and nothing. The basic information, or different types of biological samples are quite different. These problems will bring difficulties to sampling and preparation.

Secondly, with the expansion of genome sequencing, the amount of data is getting larger and larger, and the difficulty of data analysis is also increasing. There are also many challenges in methods and efficiency.

For example, when we sequence ants, their biomass is very small, and there may be many difficulties during sampling and DNA extraction. If the sample is unique, once the sequencing scale is expanded, the original small problem may be amplified into unfinished tasks.

Of course, the biggest challenge of the industry is still the cost. The efficiency improvement and cost reduction involved in large-scale research are the top priorities that we need to address. From an application perspective, human detection may cost higher on sequencing, but in crops or in the livestock industry, more low-cost sequencing technologies need to be found in order to promote more widespread applications.

So, we must solve the problem in combination with the actual industrial application scenario, which is also the core problem that the sequencing technology needs to solve in the industrial promotion at present. 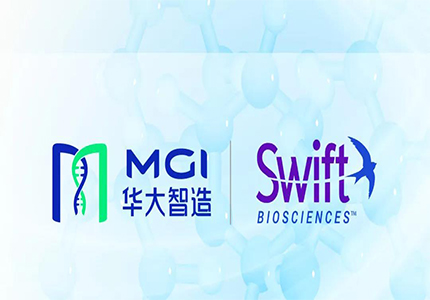